After seeing the great impact that God has had on the BPI Draft participants and leaders, our team realized that we needed to offer this same experience to men. That is why this year we organized a camp for them - BPI DRAFT "MEN". Our team provided an inspiring and challenging weekend for men so that they could discover, grasp, and strengthen their calling and motivations for positively impacting the society around them.

The camp took place June 3-5 in Užava, Latvia at the camp “Ganības” (or “Pasture land”) and men aged 20 to 51 participated. The men came from different places and different life experiences, some with involvement in a local church and others without any involvement in a church, but they all had a common desire to experience a positive change in their own lives together with other men.

During these days the men had the opportunity to hear, experience, and reflect on different themes of masculinity, and what it means to create and maintain a meaningful life. They experienced cold, wetness, weariness, sleepless and hunger. They performed various tasks that required strength, endurance, and strong character during these days, which helped them not only to understand practically what they heard during the lectures but also to live experience these truths first-hand.

From the very first day, the camp had a fraternal atmosphere, which the men created themselves. They created an environment of openness and honest by being aware of their own motivations and trusting the camp process and structure. Throughout the camp, the men encouraged and strengthened one another so that they began and ended together.

"What is DRAFTS? It is a place where men who are something meaningful in life can come together. It is where men who are lost or adrift in this life can come together and find purpose, a sense of fulfilment, and wholeness. DRAFTS is more than a camp for boys or men. It is a place where you can find yourself, discover who you really are and identify what your purpose or goal is in life. At DRAFT you can get to know men of different ages, learn about their life experiences, and share about personal struggles, thereby gaining valuable insights for yourself.Personally, in DRAFT I found a second family, brothers from another mother, but all one from our Eternal Father in Heaven, who is God. I cried, I rejoiced, I struggled, and I endured. I did all this with my brothers in Christ. I have never felt such love, support, and respect from anyone in my life. Without my brothers I would not have been able to do anything in this DRAFT. " //Gints//

For the 13th year, BPI DRAFTS camp "IESAUKUMS” (“Recruitment”) was held, where we want to help young men (ages 14-19) understand the basic life values, develop character, experience and appreciate teamwork, and understand their calling in life through a health, masculine camp environment. More than 50 young men participated from different towns and villages, from different backgrounds, and with a wide range of life experience. Several boys from "Naukšēni" (a school institution for teenage boys with behavior problems) took part in the camp and had very good attitudes - openness, 100% commitment, respectfulness, and camaraderie. During the camp the boys were able to learn about, experience, and put into practice authentic masculinity. They were able to know and learn more about the true standard for authentic manhood – Jesus Christ. During the camp, the boys were not shy but asked and sought answers to the question of what makes a real man? They also showed courage by not only facing physically demanding challenges but also by admitting their own weaknesses and asking for help and prayer.

For the second time there was a BPI DRAFT "Recruitment" camp held in both Latvian and Russian languages. Boys from Latvia, Ukraine, and Belarus participated in the cam. However, the journey to camp was not easy for many of them – it took the team from Belarus 18 hours to arrive at the camp, while the boys from Ukraine had to travel 36 hours! The guys were very grateful for the opportunity to participate in the camp and to see what it takes to live out authentic masculinity in their every-day life. The BPI DRAFT team was also very grateful to see such unity and support between the young men during the camp.

Participants in “MISIJA” (“Mission”) camp had all been through first level camp “IESAUKUMS” (“Recruitment”) and desired to continue their journey. At “Mission” camp, they were able to hear, learn, and experience the path to becoming a man according to God's design –a man who takes responsibility for himself, his surroundings, and his God-given responsibilities.

BPI DRAFT "MISSION" has two levels of participants – those who have completed the first level camp “RECRUITMENT” and this is their first time at “MISSION” and those who have previously been at both “RECRUITMENT” and “MISSION” camps but are now returning as team captains. These team captains arrived a day before their team members so that they could learn about topics such as "What is a leader?" and "What is the role of a leader in a team?" Then the team captains spent the evening in the forest with our BPI DRAFT team who served as mentors to these captains. These evening in the forest helped the team captains 'switch gears' and prepare for the next day when their teams arrived.

The next day, in Ventspils, the team members arrived and for the next two days all the teams participated in team-building activities and lectures on topics such as "What is teamwork?" and "How to manage a project?"

Following these training days, the boys arrived in the small town of Rūde, Latvia where they were able to put into practice what they had just learned through ministry with real people in real life situations. The guys looked for opportunities to serve the local people - picking potatoes, landscaping parks, stacking firewood, renovating a playground, mowing the grass, and doing various jobs in the gardens and stables. These young men camp prepared not only to receive but also to give, and they succeeded! Joy and love were given through practical help and service, and people were amazed at the young men who served so selflessly with such great attitudes. The locals generously thanked the boys with a variety of farm produce: cucumbers, tomatoes, potatoes, milk, honey, and other delicacies. Even in serving, there was mutual joy and satisfaction.

This year, 40 boys who have participated in either “RECRUITMENT” or “MISSION” DRAFT camps are ready to continue their journey par participating in a mentoring program. The young men will have opportunity to learn about the character of a godly man looks like while also learning about leadership skills. For those boys who participated in the first level “RECRUITMENT” camp this year, they will have a once-a-month Zoom meeting with a guest speaker and small groups where they can discuss what they have learned that month. For those who participated in both camps and want to return to “MISSION” camp as team captains, they will not only attend the monthly Zoom meetings but also meet with a mentor once a month and work towards several projects during the nine-month program.

Many thanks to every parent and supporter who gives the BPI DRAFTS team the opportunity to minister to these young men, who will become men who can also be a blessing to others!

At the beginning of May, BPI DRAFT "CHALLENGE" took place, with boys and men of different ages. The Challenge aimed to strengthen, inspire, and challenge the participants to grow physically, spiritually, and in their own character. During the week, men were challenged to perform physical exercises and various character-developing tasks. The week's tasks varied as did their purpose – one week focused on better understanding yourself while the next week focused on serving those around you. Each day of the challenge began by waking up at a certain time, exercising, and taking time for personal reflection. The challenge gave the boys and men the opportunity to be on an adventure together, even though the challenge took place remotely. Furthermore, it allowed the participants to live out the ethos of BPI Drafts – that we do not select the best but call out those who want to become better men. 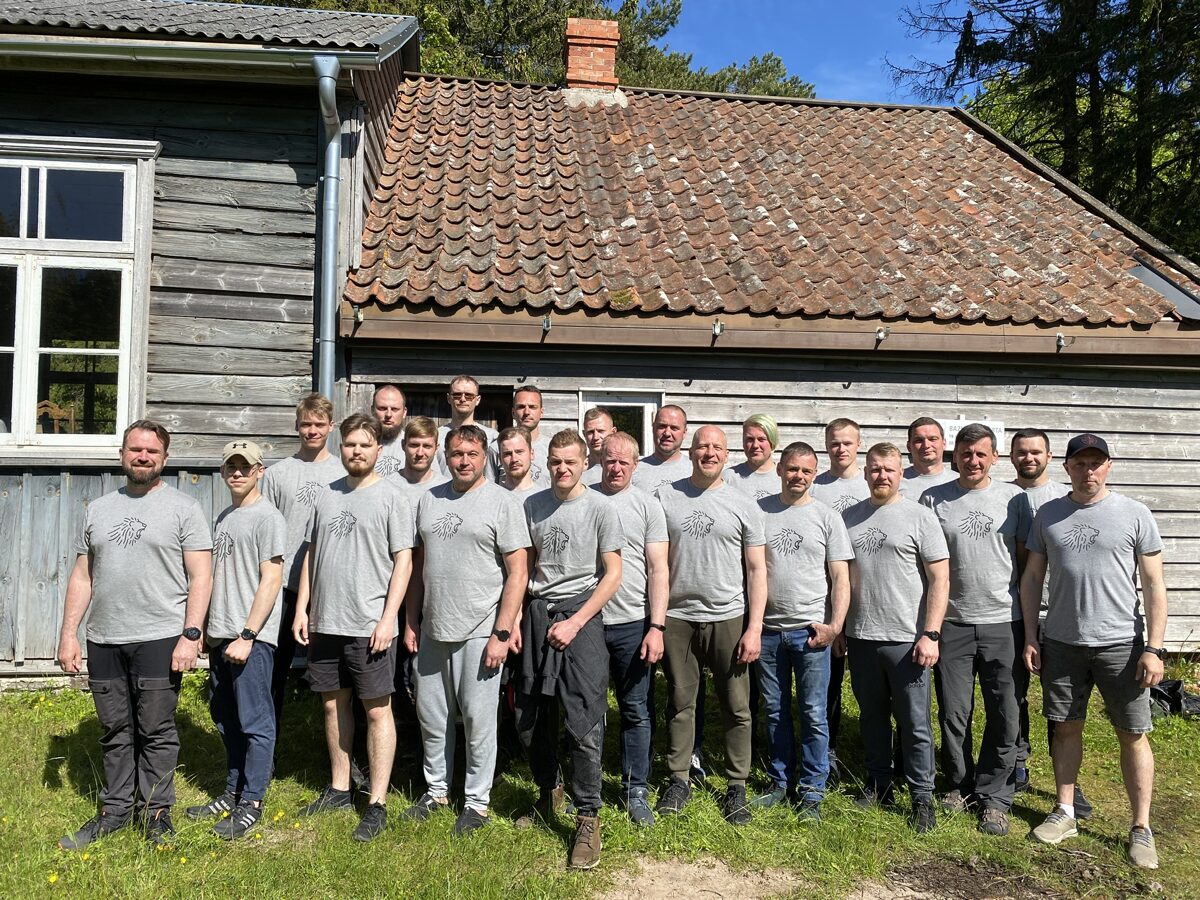 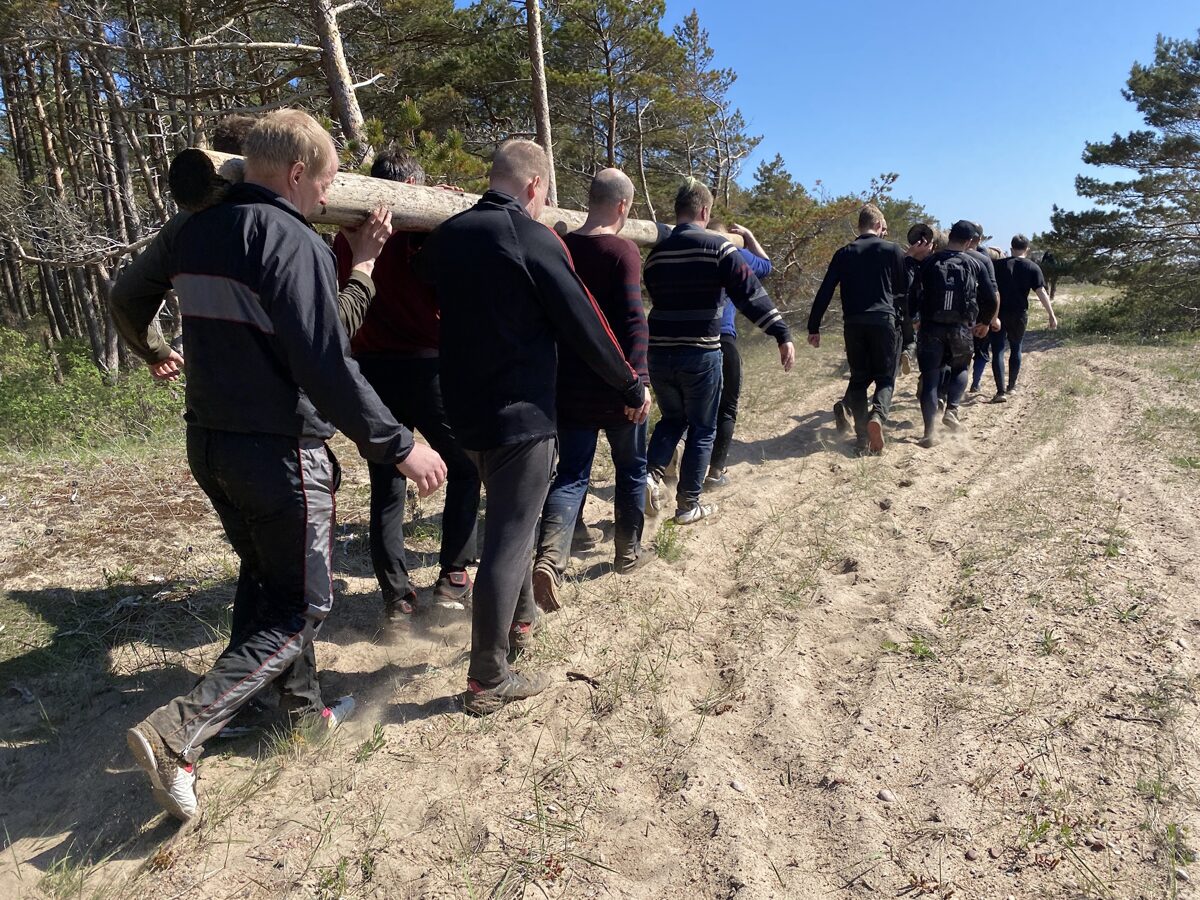 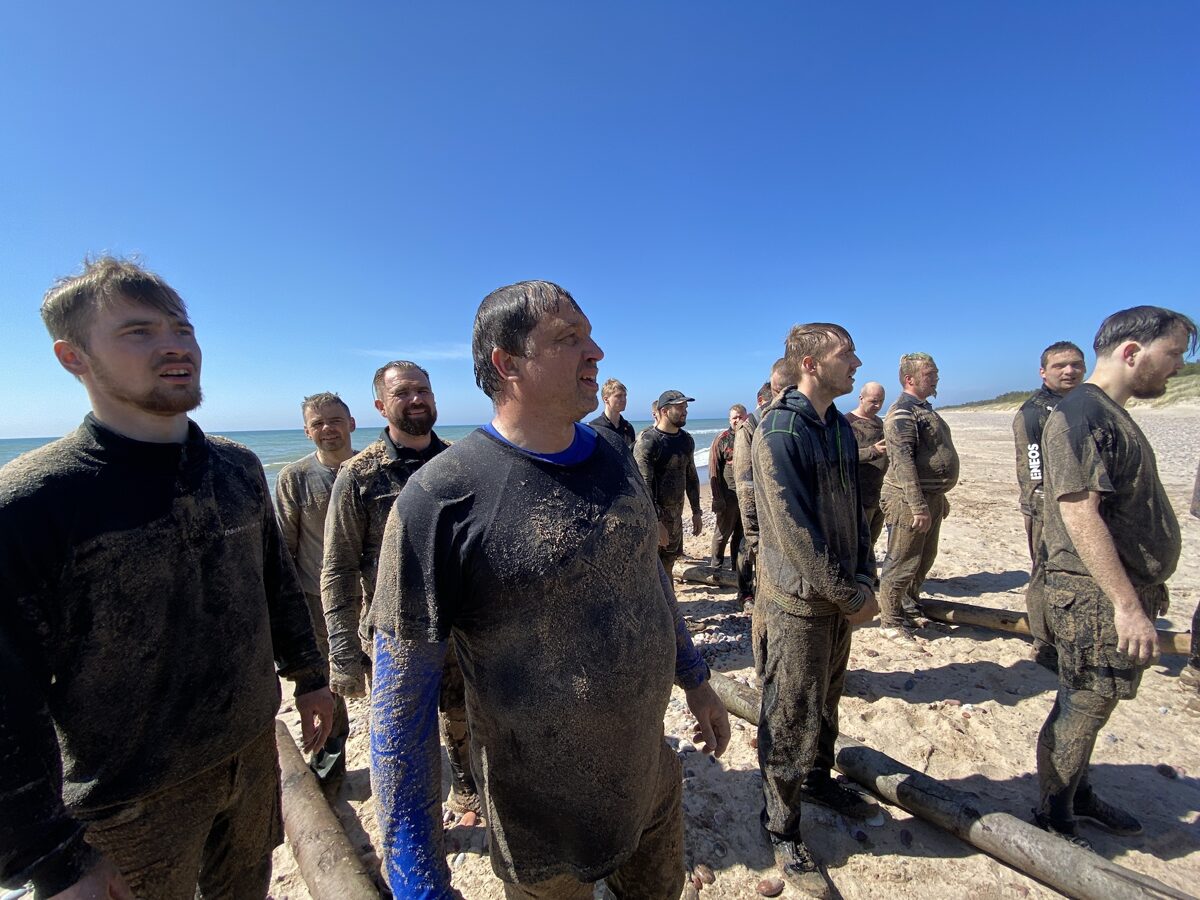 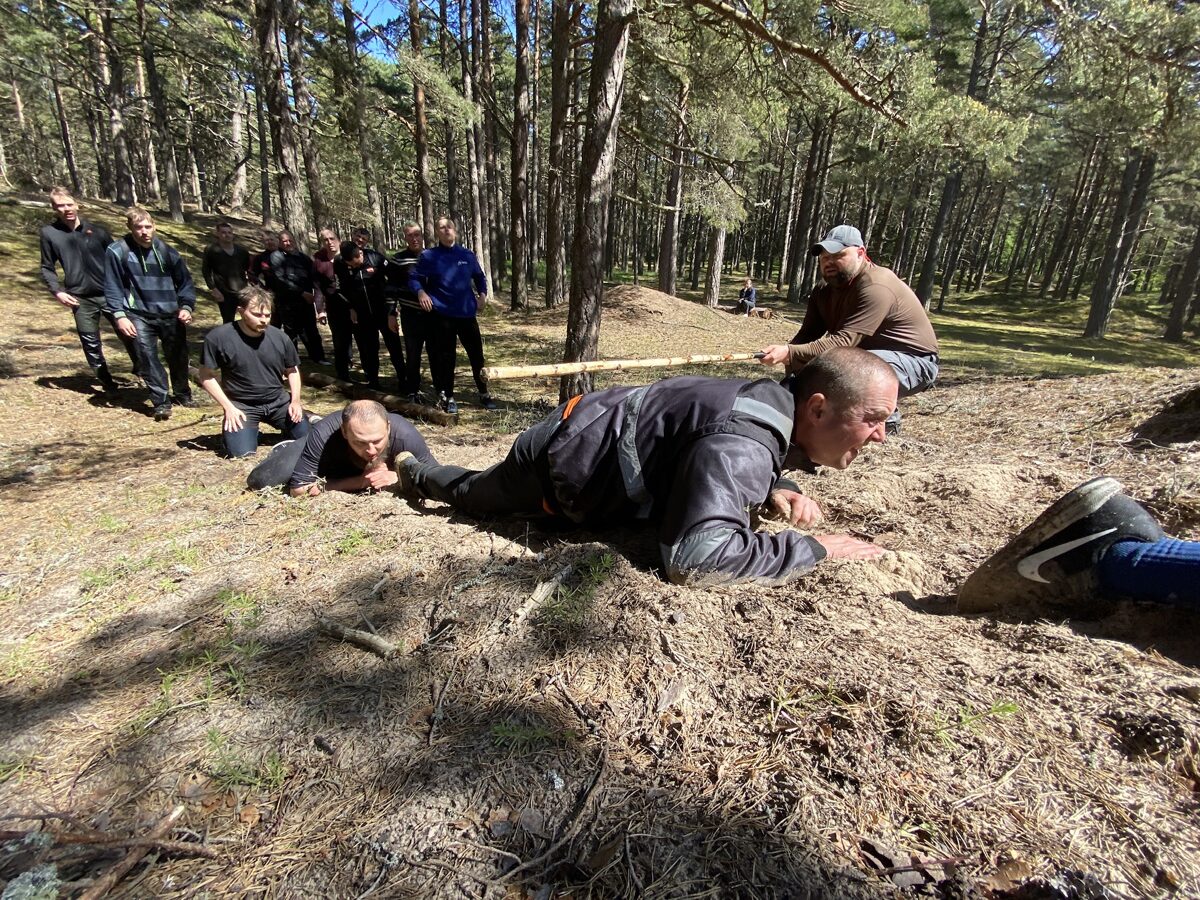 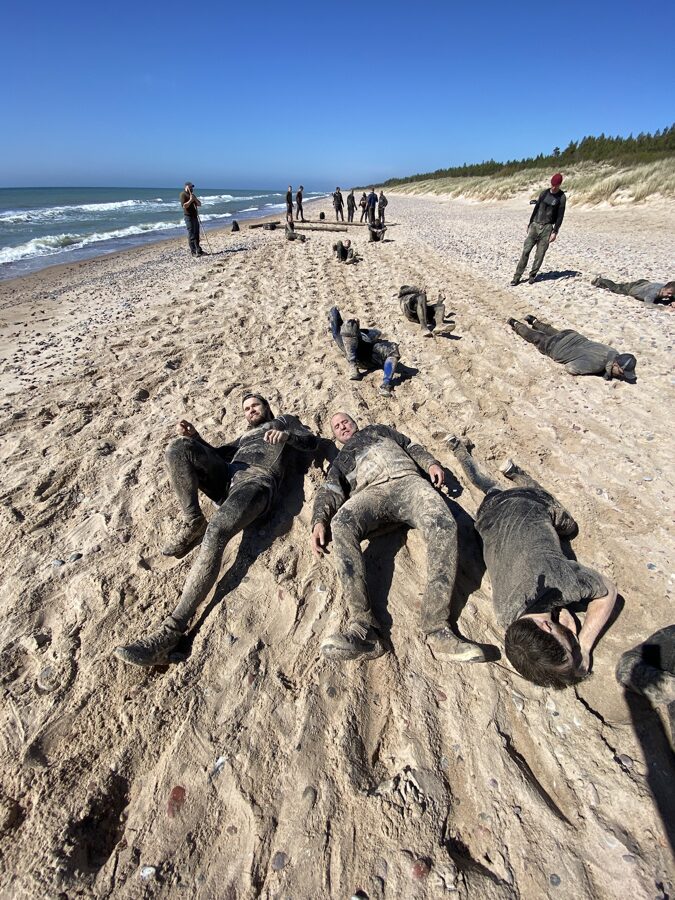 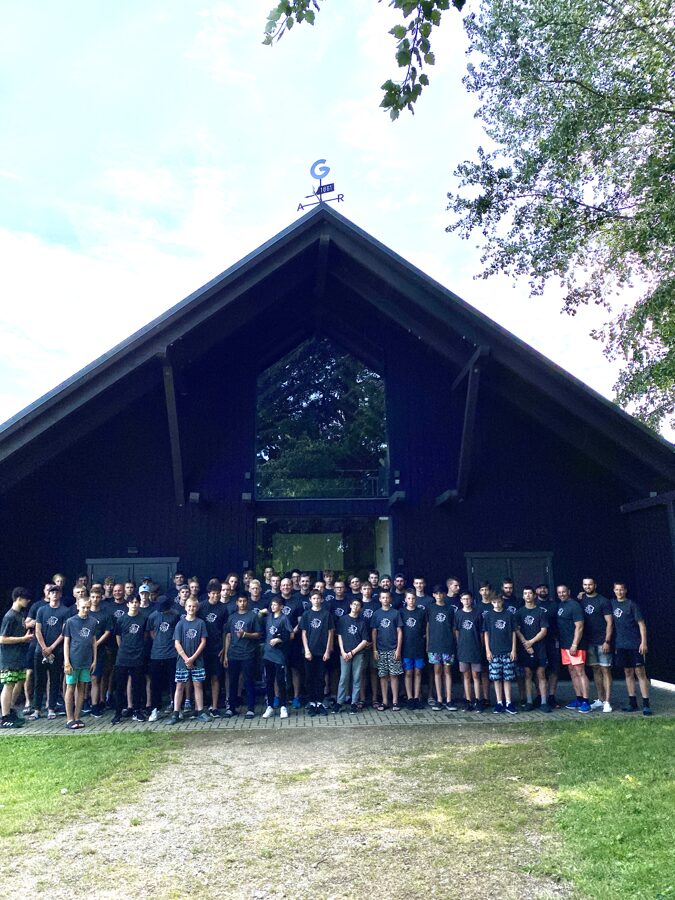 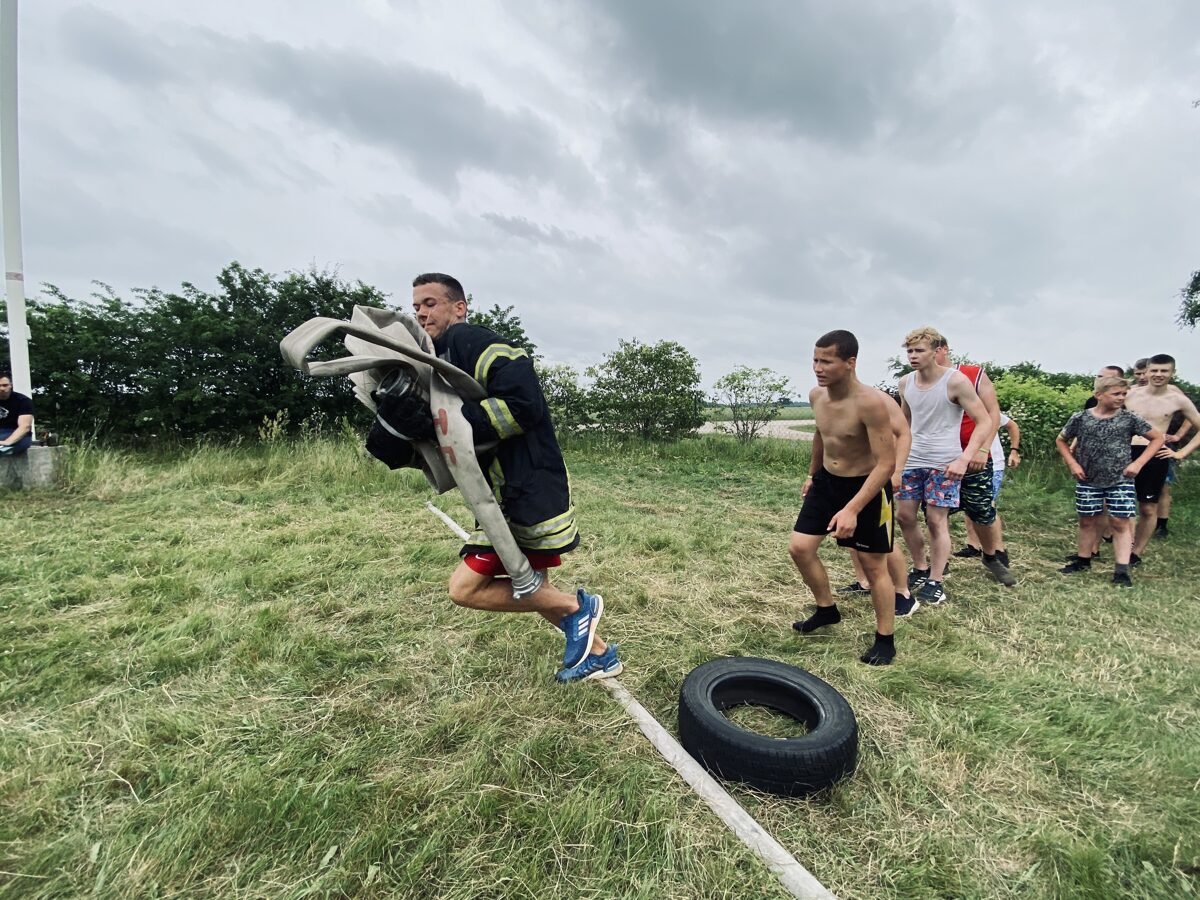 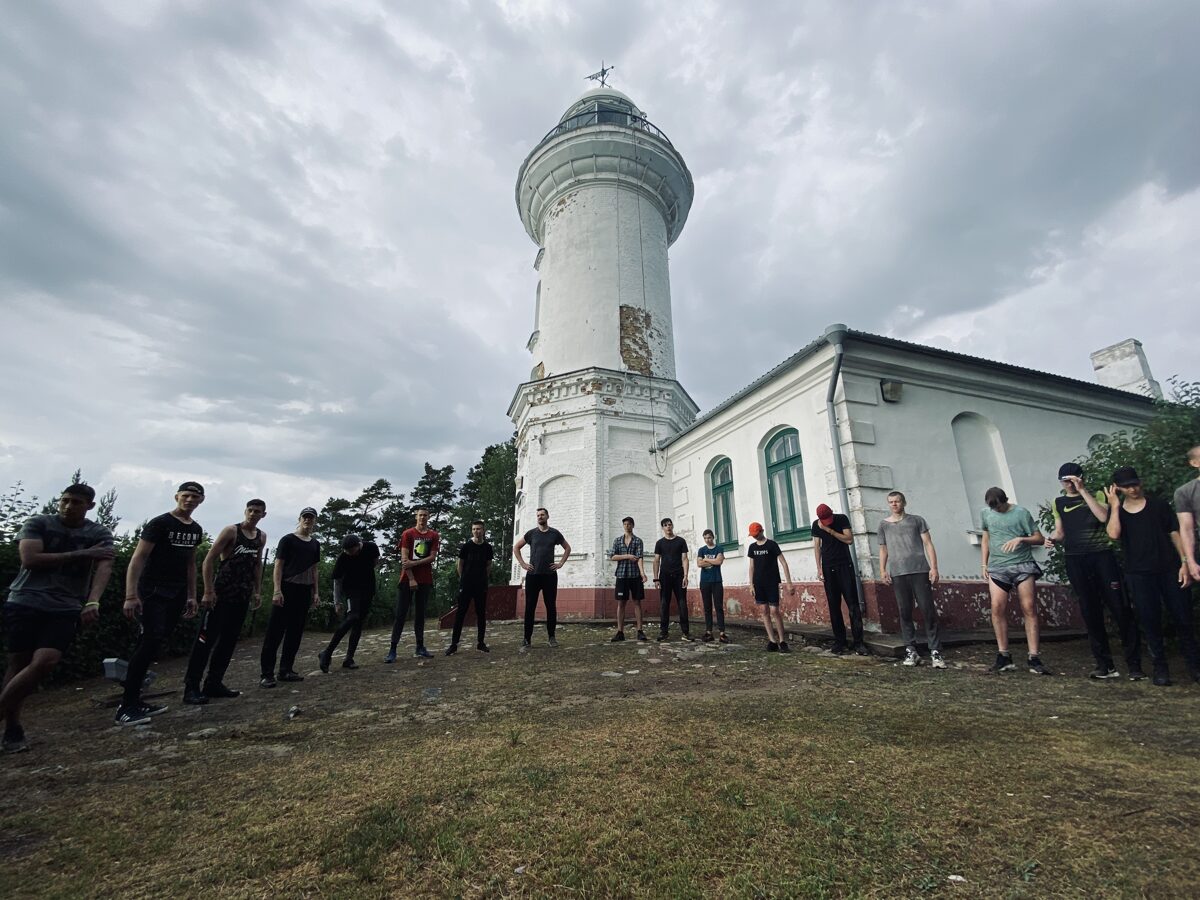 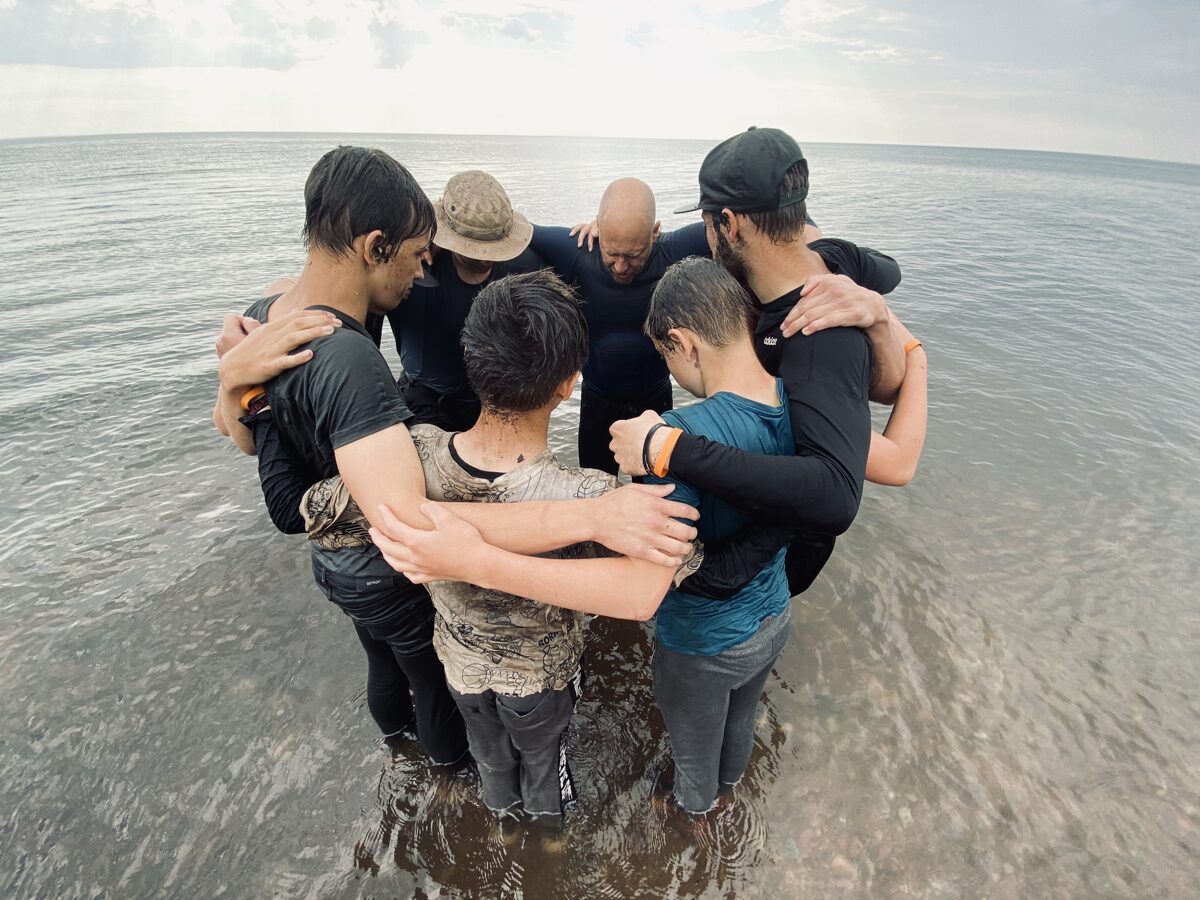 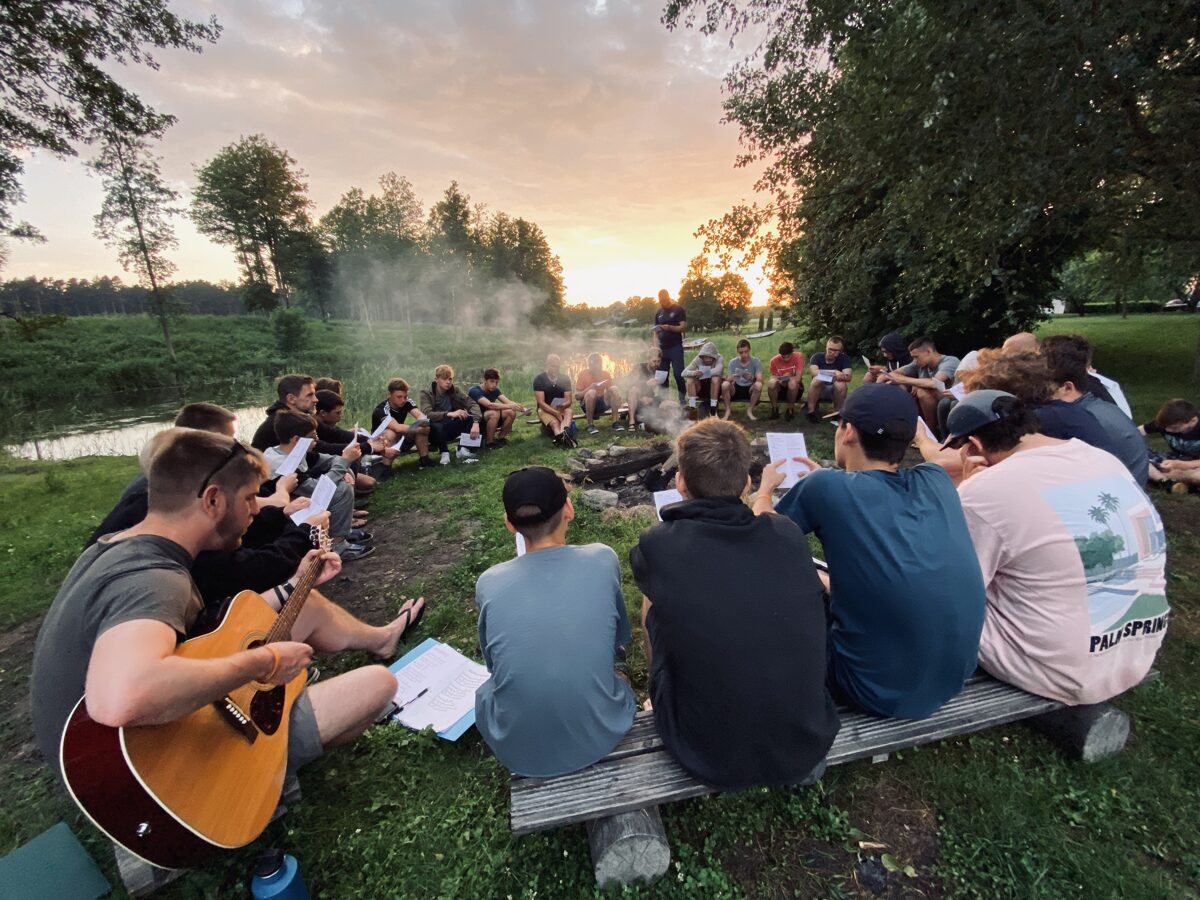 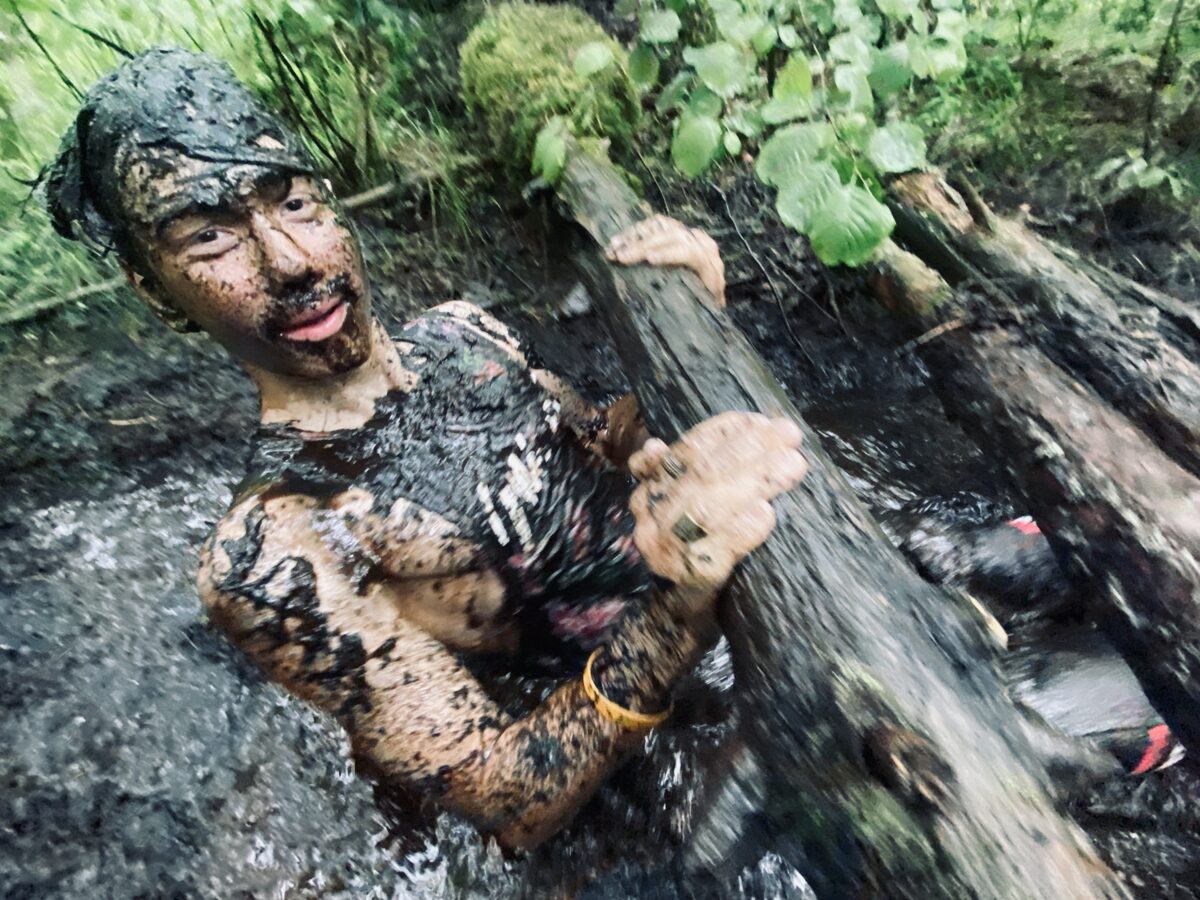 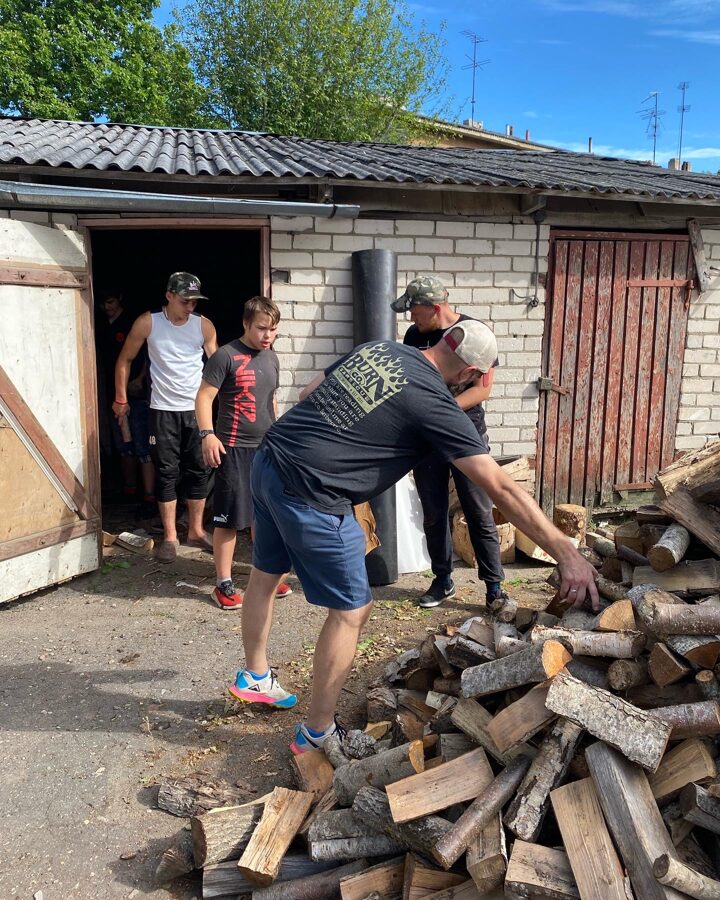 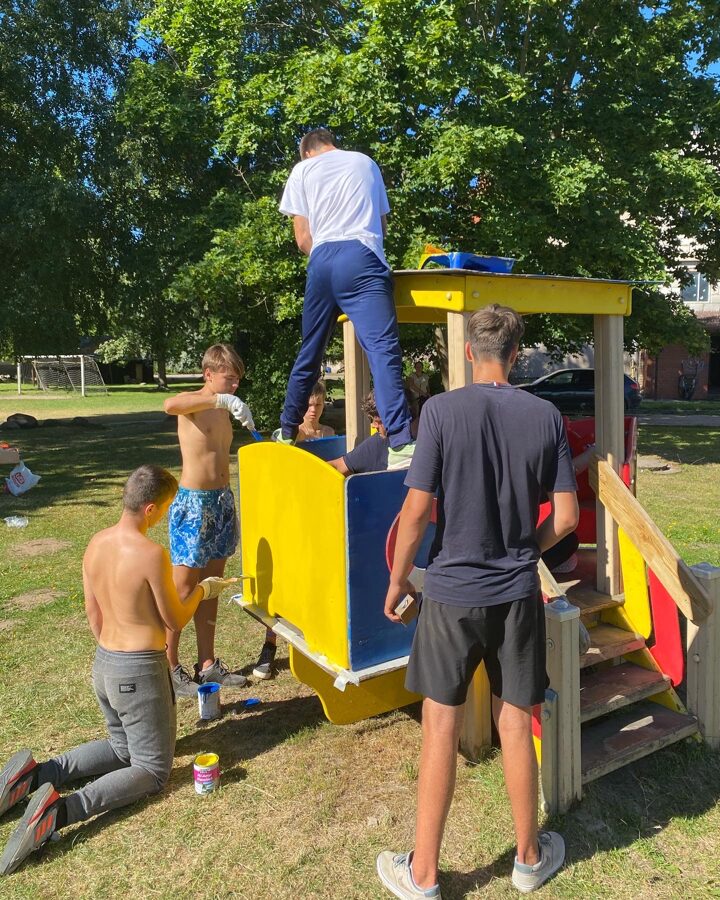 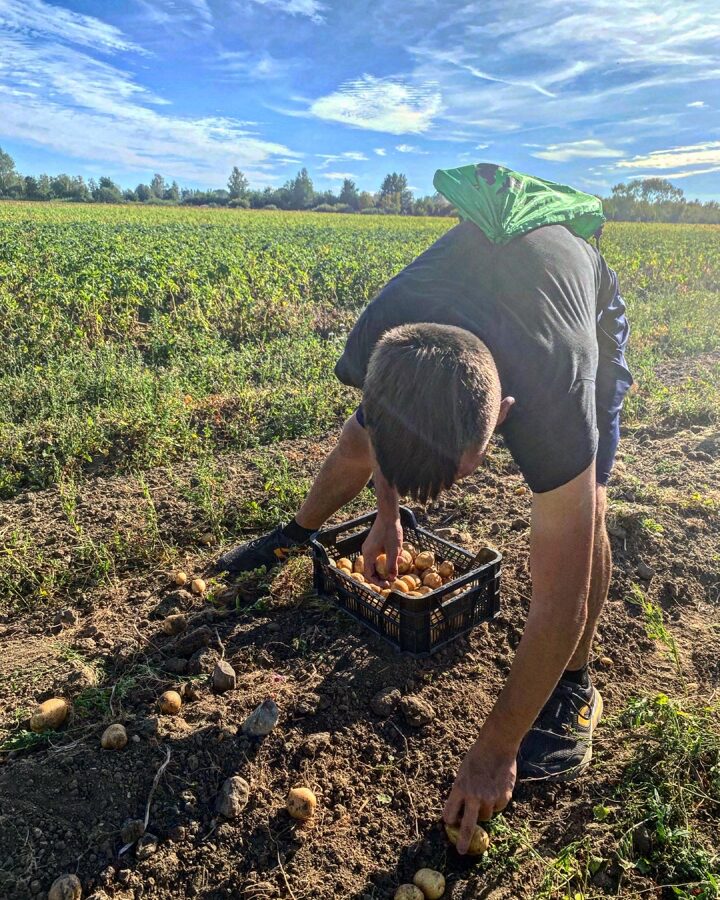 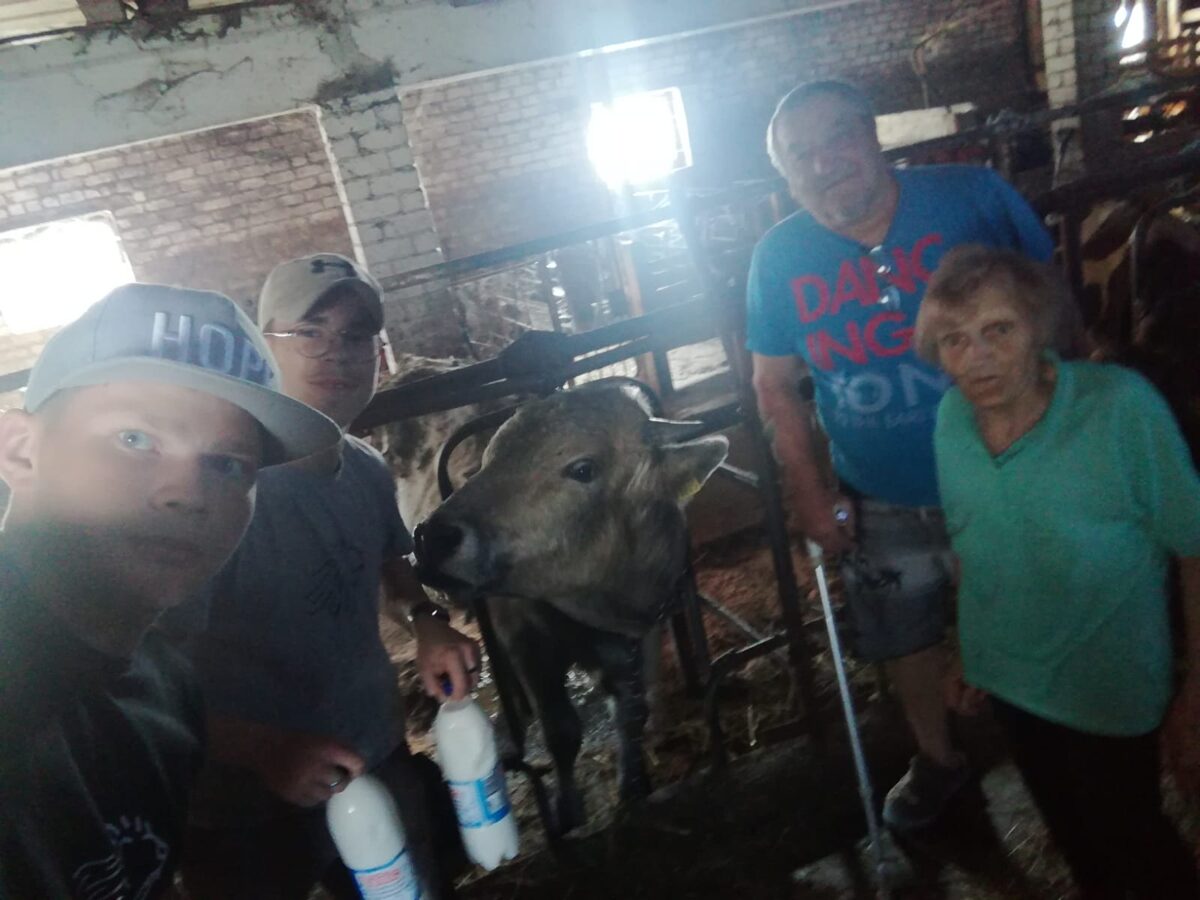 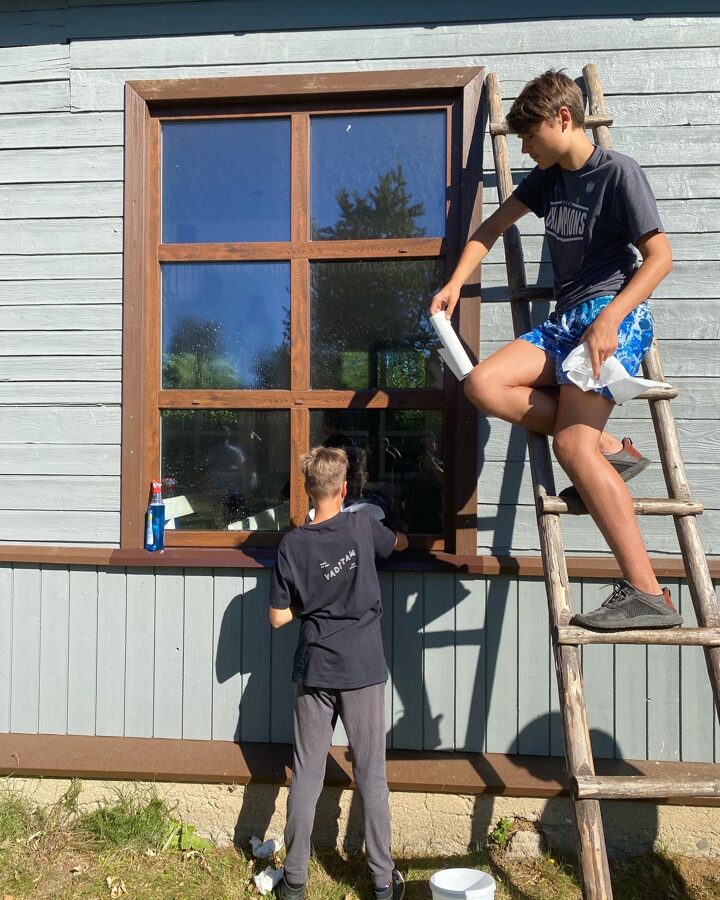